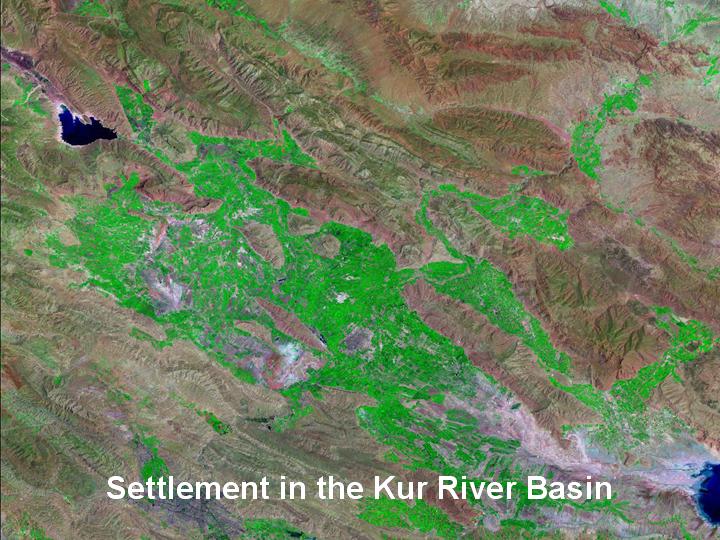 35) The Kur River Basin is primarily watered by the Kur and Sivand Rivers, and it is comprised of a number of smaller plains, the best known of which is the Marv Dasht. Although Sir Aurel Stein travelled through this region in the 1930s, the earliest systematic fieldwork in the Kur River Basin was undertaken by Louis Vanden Berge in the early 1950s. Vanden Berge’s work was massively expanded by William Sumner in the late 1960s, and it was Sumner’s survey work that forms much of the basis for our current understanding of settlement in the region. 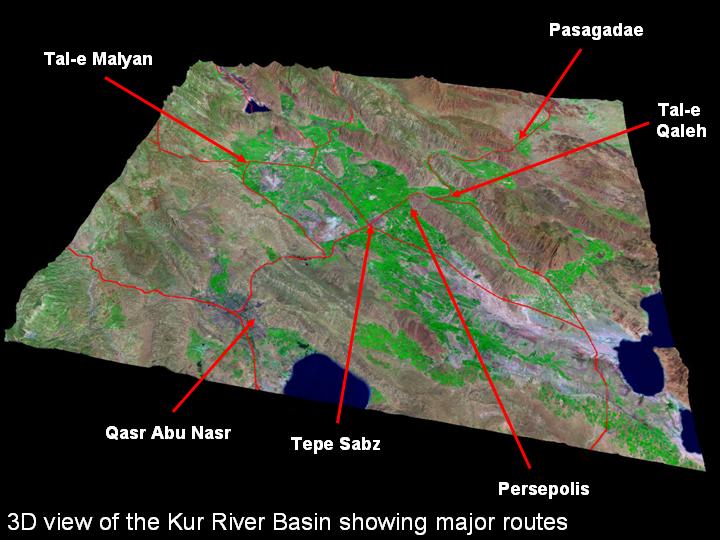 36) In addition to Tal-e Malyan, the Kur River Basin is also the location of the ancient Achemenid capital of Persepolis, which is also known as Takht-i Jamshid. Most of the major routes through southwest Iran come to the Kur River Basin, as it provides one of the key points of access onto the Iranian Plateau. 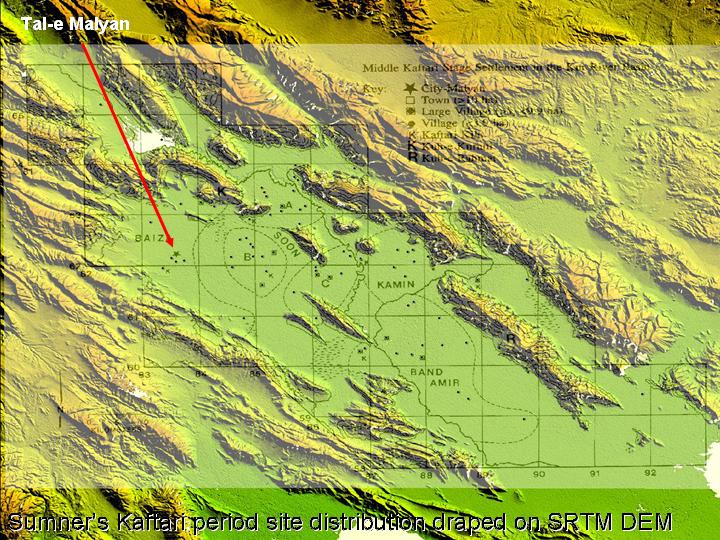 37) Although most of the major cultural phases in the region were identified by Vanden Berge, it was Sumner’s work that really clarified the prehistoric sequence of occupation, and which gave us insight into the archaeology of the site of Tal-e Malyan, the ancient city of Anshan. Sumner was able to demonstrate that Tal-e Malyan was particularly large during two particular cultural phases – the so-called Banesh Phase, which dates to the late 4th and early 3rd millennia BC and is a part of the Proto-Elamite horizon; and the so-called Kaftari Phase, which dates to the late 3rd and early 2nd millennia BC, and marks the time when Tal-e Malyan was known as the city of Anshan (Sumner 1989) 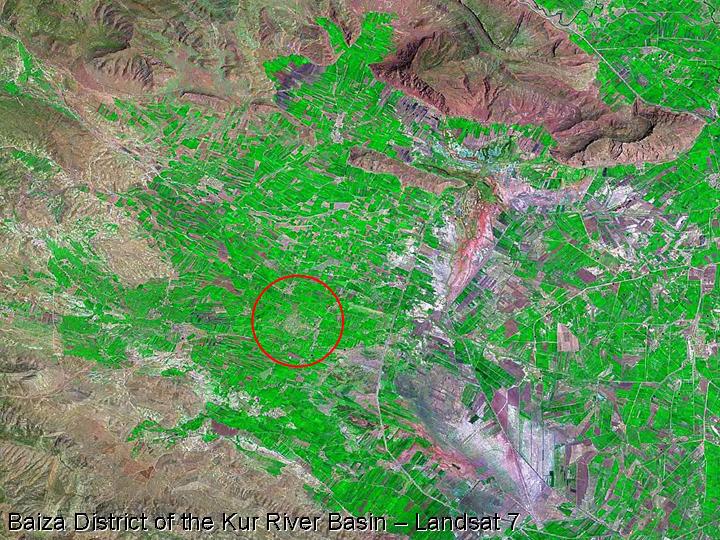 38) Although parts of Tal-e Malyan rise to a height about 16 metres above the surrounding plain, the site does not stand in particularly high relief. This is readily apparent in the satellite image. 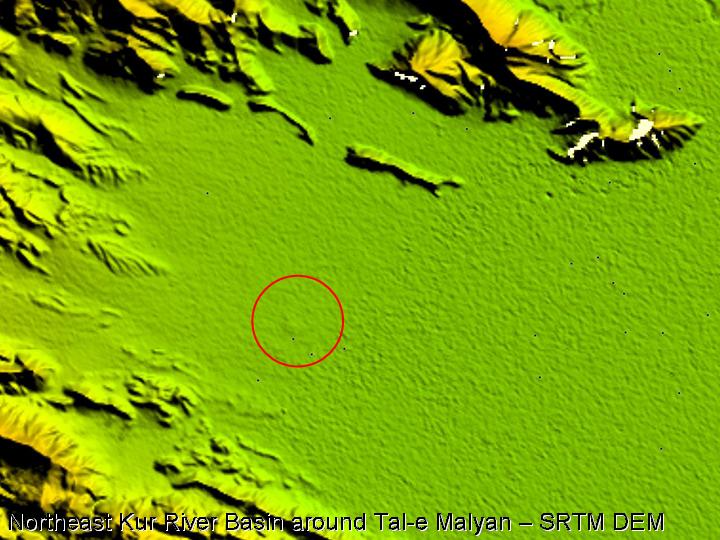 39) Similarly, the SRTM digital elevation reveals only very slight traces of the site, and, a number of the Kaftari period mounds that have been identified in surface survey (marked with black dots) are not visible. This emphasises that most of the sites in the Kur River Basin are relatively low sites. 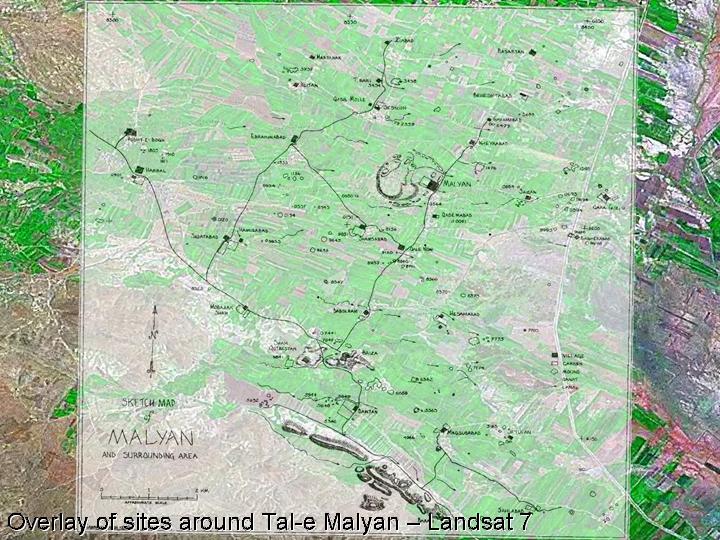 40) Nonetheless, it is possible to compare the sites known through survey with the available satellite imagery in order to get some insight into the level of site preservation, and an indication of changes in the regional landscape that have taken place since the 1970s (Sumner 2003). The Kur River Basin is currently being mapped systematically by the Parse-Pasargad Research Institute, based in Takht-i Jamshid.