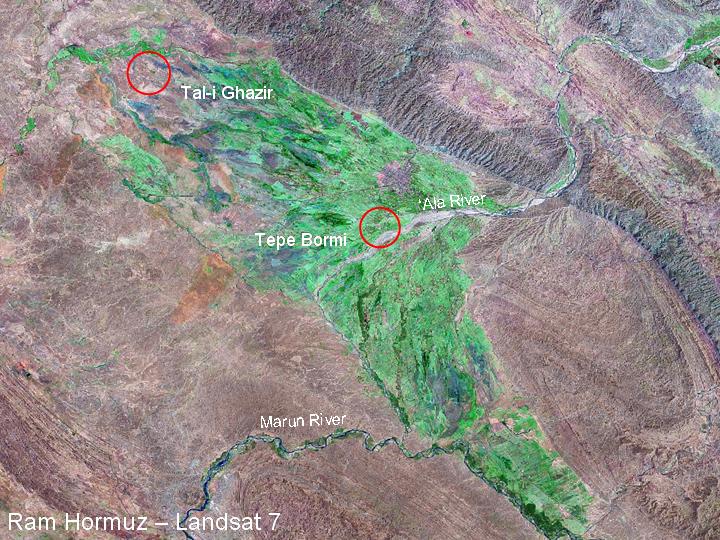 21) The Ram Hormuz plain is probably best known for the excavations undertaken at Tal-i Ghazir by Donald McCown (Caldwell 1968; Whitcomb 1971). The site of Tal-i Ghazir is comprised of seven major mounds, which appear to range in date from the 5th millennium BC until the 16th century AD (Wright and Carter 2003: 76). Tepe Bormi is a major Middle Elamite site where inscribed bricks were recovered (Wright and Carter 2003: 79). 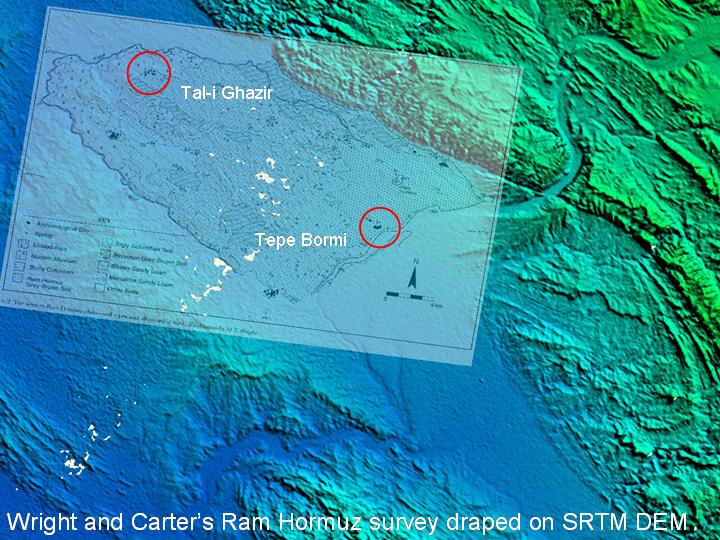 22) The plain was initially surveyed by Donald McCown in 1948-1949, and more systematically by Wright and Carter in 1969 (2003). As can be seen by overlaying the Wright and Carter survey map on the SRTM digital elevation data, the previous surveys have focussed on the plain to the west of the ‘Ala River, leaving the area to the east to be explored. A number of distinctive “bumps” are visible in this area suggesting that there may be significant archaeological sites waiting to be discovered by surface survey.