Tourism on the rebound in Iran
More visitors have been exploring Iran since last year’s landmark nuclear deal and the lifting of sanctions.
By Behdad Mahichi

As part of its 20-year economic plan, Iran is aiming to host 20 million overseas tourists annually by 2025
[Behdad Mahichi/Al Jazeera]

When the video Don’t Go To Iran first hit the internet this spring, the title made some Iranians fear it would be yet another effort to taint the country’s image.
But it was quite the opposite. French filmmaker Benjamin Martinie said the video aimed to clear up misconceptions about Iran, by countering common stereotypes through clips from his recent visit. The video has now been viewed hundreds of thousands of times on YouTube and Vimeo, and is frequently shared among Iranians within the country via social media.
“I would say a lot of people might not know [much] about Iran, outside of the things you hear on the news,” Martinie, who specialises in travel videography, told Al Jazeera. “Iran is changing, and the tourism potential is really high. The warmth of the people, the cultural warmth and the many amazing landscapes are all assets.”

IN PICTURES: Skiing at Iran’s ‘gateway of the mountain’
The tourism industry in Iran is experiencing a rebirth these days, after years of stagnation following the 1979 revolution and the war with Iraq in the 1980s.
After the 2013 election of President Hassan Rouhani, who is viewed as a moderate, the number of incoming tourists to Iran surged by a nearly a quarter to 4.8 million, according to the World Tourism Organization. The landmark 2015 nuclear deal between Iran and world powers, along with the lifting of sanctions, has opened the door for more visitors: Last year, the country’s tourism affairs department reported 5.2 million tourists, with each spending an average of $1,700 during their stay, bringing in a total revenue of more than $8bn.
Iran is home to 19 UNESCO-designated World Heritage sites, more than any other country in the Middle East. From the 2,500-year-old ruins of Persepolis to the large, historic bazaars of Tabriz and Tehran, there is a variety of cultural options for tourists to embrace.

“Even now, it was hard for us to get hotels. It was completely full, mainly in Tehran and Isfahan,” Leo Wong, a tourist from the United Kingdom who recently visited the southern city of Shiraz with his wife Sera, told Al Jazeera.
Sera said Iran has been on the couple’s travel radar for close to a decade, but friends and family at home were initially worried about their safety: “Everyone was, like, freaking out,” she said. “Some people’s impression of Iran is terrorists, no alcohol and veils, because they don’t really understand.”

But is Iran ready for a tourism boom?
According to Mojtaba Rahmanian, the cofounder of Iran Travel Service – a company that offers a variety of tours to Iran – the industry is growing rapidly, and will need significant investment in order to continue.
“We need more five-star hotels, and more service of a high calibre,” Rahmanian told Al Jazeera.
As part of its 20-year economic plan, Iran has an ambitious goal to host 20 million overseas tourists annually by 2025, and is in need of more places to house them.
With exhausted infrastructure frequently cited as an issue for the tourism industry, a recent deal to bolster tourism ties with Turkey gave the green light for several Turkish investors to build hotels in Tehran, Isfahan, Shiraz, Tabriz and Mashhad. Hotel groups from France and Spain have also invested in Iran in recent years, while Iran has bolstered tourism ties with China by establishing tourism offices in Shanghai and Guangzhou, in the hope of attracting Chinese tourists and investors.

We’ve seen a lot of Americans take an interest in wanting to explore Iran – but because they need a guided tour, the price has gone up for them, and a lot of people don’t like travelling that way.
Mojtaba Rahmanian, cofounder of Iran Travel Service

The lifting of sanctions has also enabled Iran to upgrade its ageing fleet of passenger planes, while airlines such as Air France and British Airways have announced that they will resume flights to Tehran.

But Rahmanian says tourists may still face challenges when it comes to booking hotels or purchasing plane or train tickets within the country. The use of credit cards is still not available in Iran, forcing many tourists to bring cash.
Despite these issues, Rahmanian says he has seen an increase in visitors through his own tours.

“Last year, tourists were mostly from Australia and Germany, but we’ve seen a lot more from places like Italy, Spain, and even the United States too,” he said.
“We even had two Americans come to Iran for their honeymoon,” Rahmanian added, noting that they customised their tour to include a trip to northern Iran, a trendy mountainous region covered in forests.

WATCH: Iran hopes to unlock tourism potential
As part of its efforts to attract more visitors, Iran has recently allowed for citizens of 190 countries to obtain a 30-day visa on arrival, although nationals of several countries – including the US and the UK – are not eligible to travel to Iran independently, and must be bound to a tour guide.

“Because of improved political relations between the two countries, we’ve seen a lot of Americans take an interest in wanting to explore Iran – but because they need a guided tour, the price has gone up for them, and a lot of people don’t like travelling that way,” Rahmanian said.
For those who do, Rahmanian said his tours allow for customisation, so that tourists can add experiences not included in their preset packages: “Tourists recently have found an interest in the Kurdistan region and Hawraman, because it’s a bit more untouched and natural.”

For his part, Martinie says that while he had some of the same concerns about Iran that many tourists do, he found the country to be “incredibly welcoming and helpful.
“Iran is a very hospitable country,” he said. “People will go out of their way to help you with something or to have you over for dinner.”

The popularity of his video within Iran in the ensuing months was not a surprise, he added.
“Every time Iranians see something that could change the image of their country,” Martinie said, “they will share it to do their best to change it.” 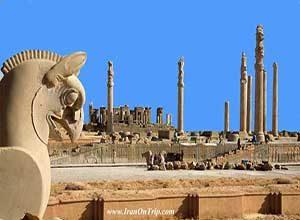 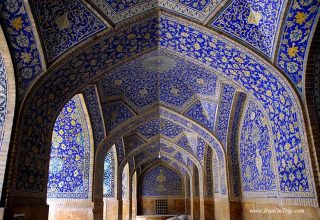 Iranian art, as one of the richest world artistic heritage, dates back to thousands … 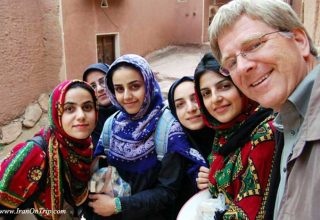 The most commonly asked question about travel to Iran is easiest to answer. Yes! … 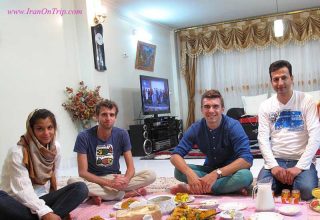 Iranian Hospitality, An unforgettable part of your trip Hospitality in Iran is unlimited; it …

Do obey every law. Do dress in a conservative manner, particularly when you are … 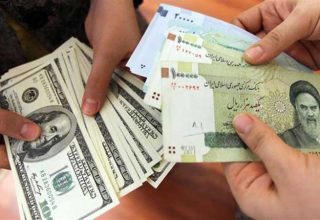 Money, Cost and Expense Whether you’re a backpacker traveling to Iran on a budget, … 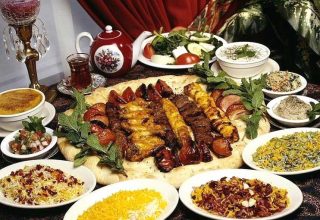 The cuisine refers to the traditional and modern styles of cooking related to Iran. …