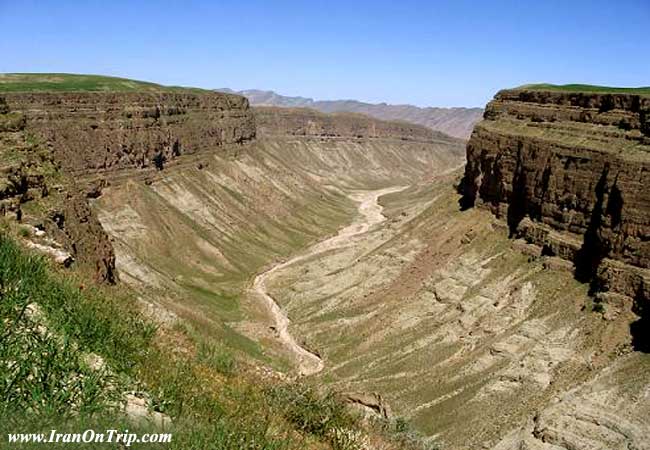 List of amazing valleys in Iran with all information you need to know about. Recommended for Tourists who like pure nature. 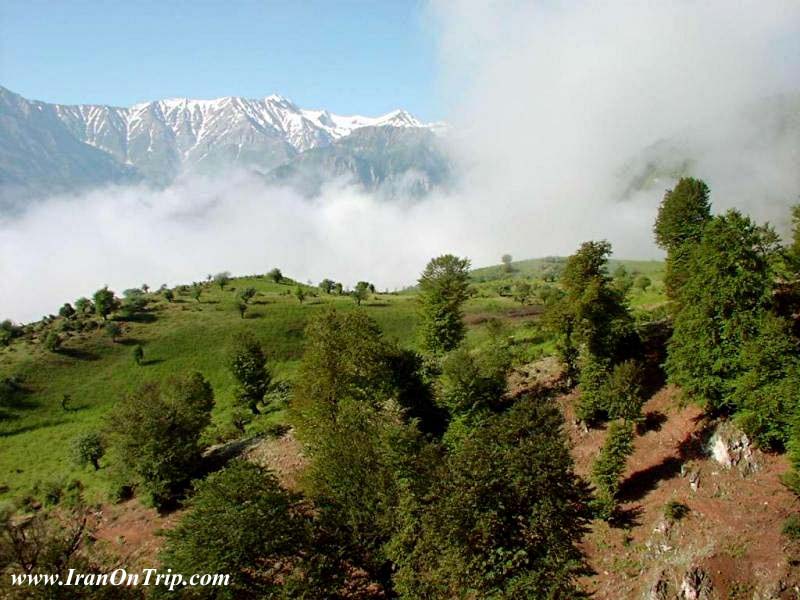 Evin Valley, Darakeh
Located in Tehran (a city of Tehran province)
This valley is located the north of Tehran city along a gushing river. Through out the length of this valley, numerous gardens exist providing recreational scope and beautiful landscapes, best in spring and summer seasons.

Kann Valley, Soloqan
Located in Tehran (a city of Tehran province)
It is located to the north-west of Tehran along a gushing river of Kann. The route between Kann-Soloqan being extremely invigorating. We may point out to traditional inns facilities en route the valley. In spring and autumn …

Allah Akbar Gorge
Located in Shiraz (a city of Fars province)
Basically this gorge should be called the gateway of the Shiraz plain, because it gives a marvelous bird’s eye view of the plains and Shiraz city from this point. It is said that any new comer to Shiraz tends to admire the …

Bovan Gorge
Located in Shiraz (a city of Fars province)
This gorge is situated at 8 km east of the Shiraz – Ahvaz Road and along the Noor Abad-Doshman Ziari Road. During the year beautiful waterfalls flow from the rocky mountains surrounding the valley. With an average temperature …

Khani Gorge
Located in Shiraz (a city of Fars province)
Located 29 kilometers from Shriraz, at the vicinity of Darengoon Village and near the Qara Aqaj River. This gorge (valley) annually attracts many people specially those interested in mountaineering.

Tak Ab Gorge
Located in Behbahan (a city of Khoozestan province)
The Tak Ab Gorge is located 20 km. northeast of Behbahan, and is also known as ‘Darband-e-Pars’. In the natural terrain of this gorge, parts of the gravel walk or flagstones (for the royalty) from the Achaemenian era have …

Boraq Gorge
Located in Boyer Ahmad (Yasooj) (a city of Kohkilouyeh Va Boyer Ahmad province)
This gorge or pass is in the Sepeedan – Yasooj Road and is close to the Tang-e-Tizab or Tizab Gorge. This recreational area has an outstanding road which is very important, specially from the point of view of mountain climbing. …

Tizab Gorge
Located in Boyer Ahmad (Yasooj) (a city of Kohkilouyeh Va Boyer Ahmad province)
Tizab Gorge is close to the Sepeedan Road of Yasooj and is one of the recreational areas of this province. This beautiful and verdant area is a place for tourists and visitors from the beginning of May up to December and …

Layzangan Gorge
Located in Darab (a city of Fars province)
To the east of Darab, there is a forest covered by gardens of roses, which is known as Layzangan. This valley containing sufficient water, verdant gardens along with beautiful natural landscapes is considered to be one of …

Bahram-e-Choobin Gorge
Located in Dareh Shahr (a city of Ilam province)
This narrow and high valley is one of the most important and strategic points of the region, located in the western side of the Dareh Shahr – Pol-e-Dokhtar Road. This gorge, which is also called the Bahram Hunting Field, …

Majeen Gorge
Located in Dareh Shahr (a city of Ilam province)
There are many crevices and caves one of them is known as the Kulkani Cave. The entrance of the cave is 30 meters long and there is a small pond built of stone and Sarouj (plaster of lime and ashes or sands). In addition, …

Ganjehie Gorge
Located in Dehdasht (Kohkiluyeh) (a city of Kohkilouyeh Va Boyer Ahmad province)
The Ganjehie Gorge is a recreational area with various kind of trees, such as plane tree, wild plum and oak trees. This area is verdant with several springs around it, all of which take their source from the Dena Mountain.

Tamoradi Gorge
Located in Dehdasht (Kohkiluyeh) (a city of Kohkilouyeh Va Boyer Ahmad province)
In this gorge or pass there is a famous spring called Baloot Asali, Taking into consideration the warm weather of this vicinity, the same is a suitable recreational area. The water of this spring has created some ponds and …

Vaveileh Gorge
Located in Dehloran (a city of Ilam province)
There are several remains of historical monuments including Shiaq (Shiakh) Castle and ruins of the city of Samaria. Its antiquity is estimated to the pre-historic period.

Doozakh Dareh Valley
Located in Hamadan (a city of Hamedan province)
The said valley is rocky in type that ends up at Kooh-e-Imamzadeh. The famous waterfall of this valley reaches a height of approximately 15 m. The presence of groves and a river in the depth of this valley, together with …

Other Valleys
Located in Hamadan (a city of Hamedan province)
Other valleys are named as, Shahrestaneh Valley, Baq (gardens/orchards) of Artiman, Faran Valley and Orchard and Zeeba Valley.

Haftao Mishkhas (Seven Water) Summer Residing Valley
Located in Ilam (a city of Ilam province)
This verdant valley with plenty of water resources is located 30 kilometers from Ilam and extends to the Toolab Heights. Walnut trees, orchards, springs and being close to the Gawez Forest Park and other promenades have …

Goshayesh Valley, Maraqeh
This valley is en route to the famous Kabootar Cave, 20 km. from the city of Maraqeh.

Liqvan Valley, Tabriz
The village of Liqvan lies to the northeast of Tabriz and the southeast sector of the hilly area of Sahand. The village lies in a beautiful valley with the Liqvan river flowing alongside. Greenery, orchards draw visitors to this wonderful spot in the summer.

Peyqam Valley, Kalibar
This valley is from the north to south of the township of Kalibar. The River Peyqam also runs through its course in this area. The historical castle of Peyqam is in this vicinity too. Orchards and greenery enhance the beauty of this spot.

Other Valleys, East Azarbayjan
Other valleys are named as Peyqam Valley, Yekan and Znooz Valley, (Marand) and Joshoon Valley in Ahar

Saeid Abad Valley, Tabriz
This valley is to the east of Tabriz and north of Saeid Abad. This is a place to visit in summer having orchards and green pastures excellent for recreation and leisure.

Sahand Mountain Valleys, Tabriz
In this area there are beautiful valleys together with orchards and pastures enhancing the natural beauty.