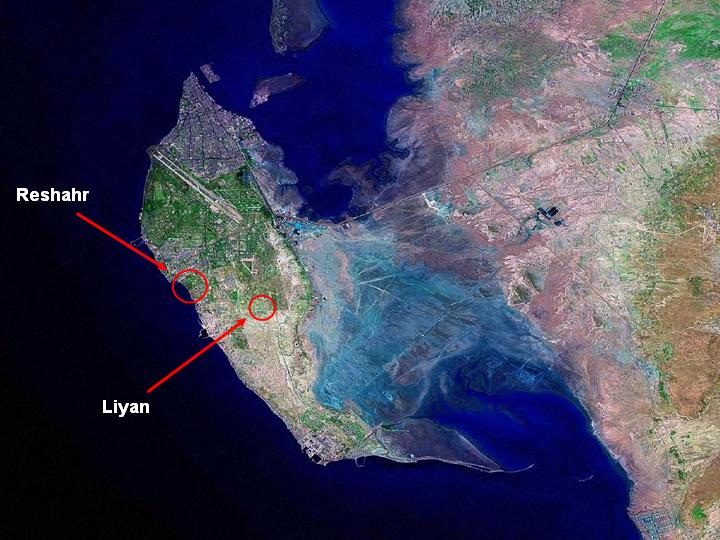 43) Bandar Bushire is the major Iranian port at the northern end of the Persian Gulf. It is often described as being a peninsular, but the satellite image suggests that in the past, Bushire is more than likely to have been an island. There are two major ancient sites at Bushire – the site of Liyan, whose name is known from inscriptions dating to the 2nd millennium BC; and the site of Reshahr, which is believed to have been the location of the Hellenistic city of Antiochea in Persis, and the Sasanian city of Reshahr. A collaborative project between the ICAR/ICHTO and the University of Durham commenced on the coast adjacent to Bushire in late 2004.