18) The modern city of Shushtar lies astride the Karun River, and is the major bridgehead at the north of the Mianab plain. The Karun River flows along the western side of the plain, while the eastern side is demarcated by the Gargar River, which flows along the base of the Zagros foothills. It is at Shushtar that the route between Susa and Anshan first diverges, and from here, there are various options. In the past, these choices would have been dependent upon various factors, including the season, specific environmental conditions at the time of travel, and also on the prevailing political conditions.A 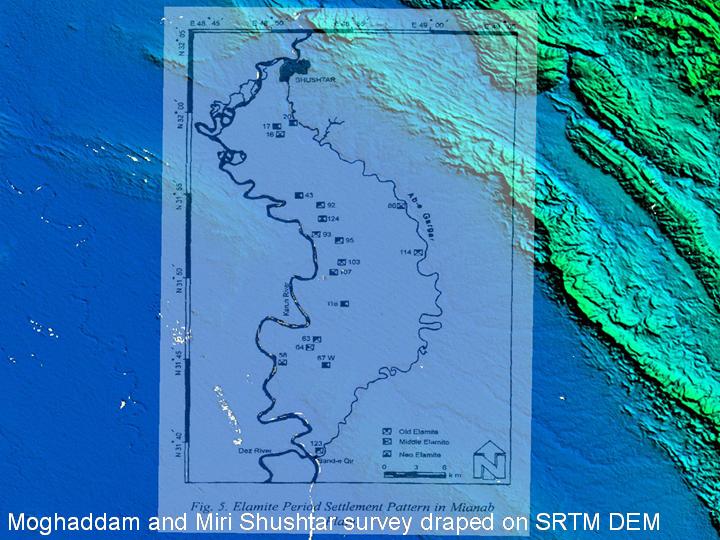 19) A major survey of the region was begun in 2001 by Abbas Moghaddam of the ICAR/ICHTO (see Moghaddam and Miri 2003). This survey has shown that this plain was occupied from as early as the late 6th millennium BC up until the modern day, and suggests that there were major changes to the hydraulic system during the Parthian period (late 1st millennium BC/early 1st millennium AD) (Moghaddam and Miri 2003; also Alizadeh et al. 2004).